even better: There is an even newer & better version -  Howler 2021

Quick jump to the latest build of PD Howler 2019: 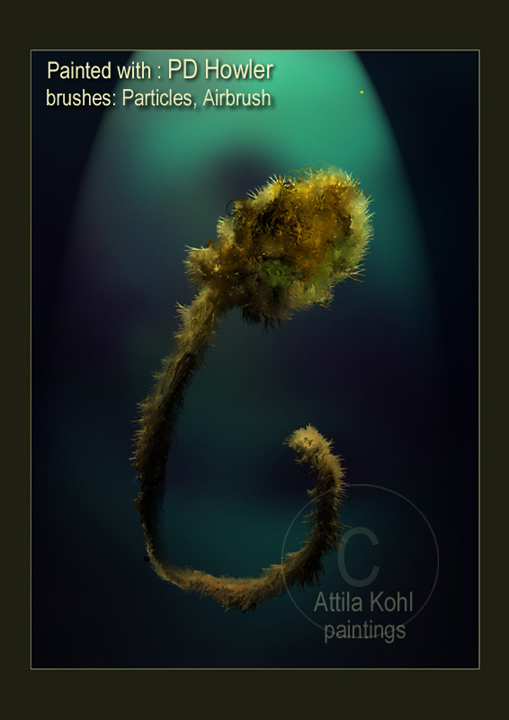 On to the new year! This is 2019. Well almost. But yay!, we're releasing a new major build, and there will be subsequent updates, surprises, awesomenesses (if that's a word). If you never got v11, it's a great time to jump in. If you had v10 or earlier, please consider upgrading. Check for occasional promotions at super savings.

But please do yourself a big favor - don't wait forever. Before you know it, it'll be 2020. Yap, we see it coming, with perfect vision. Dogwaffle is here to get you there faster. With our own vision. Is it perfect? You decide.

We hope you'll like and enjoy Dogwaffle for years to come.

Are you new to Dogwaffle? Never heard of PD Howler or PD Artist?  Check what was new in earlier releases: v11, v10, v9.6,...
or check the history of all builds as far as we remember


Please note:  the installer is not available through this website. If you ordered from the bmtmicro store, re-use your download links that came with your order delivery email. If your links have expired, contact Philip at thebest3d.com/dogwaffle/about - if you had ordered from Dan directly, contact Dan via the order support info you got then.

This build is not yet available on Steam or Daz.

Look for special promos at www.thebest3d.com/sales

But don't you worry, the download also includes v11.4 final build RC159. Use that if you encounter problems with the newest, until the next update. Free download for a year.

Too many things to mention them all, so we'll mention a few. It's a short list at first, with plans for great new features as  we imagine them.


Changes in the Quicker Color Picker

We adjusted the scaling of the media on the sidebar, so it's mipmap scaled, but not quite as blurry as before. We think it looks better.


We had introduced a 3D widget in around v11.3, and further improved in 11.4. It was initially focused on rendering 3D trees from OBJ file, created with the help of TreeIt. We are gradually, slowly but surely adding more capabilities to this OBJ renderer, adding Mipmap treatment and other features that will make it a great utility in Howler and Artist. Here's an example of a rendering of a shark. This is from a free model found at Digital Life - www.digitallife3d.org - creating accurate 3D models for life on earth - specifically:  http://digitallife3d.org/?fbclid=IwAR32l8kb3fT9BISRn0euefGqmMQhYPM8xdFJYEVsVgbeDTUJeNe3m7l_s0g

Please read the license info: https://creativecommons.org/licenses/by/4.0/  - If you are an artist who wants to experiment with the model, even render some creative work, you should likely find that you can do so at no cost. If you make a very successful piece of artwork that sells a lot, such as in a game or printed on mass-produced clothing, you may want to contact DigitalLife3D to ensure that you're operating within the intended framework of their license.

About the shark: The rendering in our OBJ Renderer is still in its infancy, and has a lot of areas that can be further enhanced. Still, it helps to visualize and use 3D trees. It also can load other objects, such as the shark above. The shark was originally downloaded from DigitalLife3D's website via the sketchfab viewer's options. The model comes in as a .blend file, created in Blender, and includes a bones- based animation. It can be loaded into Blender and exported as Wavefront .obj file, which is how we got it eventually into Dogwaffle. With OBJ files, there is usually a set of two files: the geometry file (the object, i.e. the .obj file) and the materials (mtl) file, which in turn may nominate various images used for textures, if any, and bump maps, clipping masks and more..... When Howler parses a MTL file, it loads all the images that it finds references to into a 'VBPyramid' object, which generates all the mip levels automatically. We render with mipmapping, which improves quality when textures are moving from far away to up close, or if they are mapped on a large object that comes close and reaches far in a perspective view.


Here's more:  3D Pumpkin! An OBJ file that came from Michel Agullo, from Funny Wall Stickers at ETSY, also at Couleur Enfants sur Stickersmalin.com (clever sneaky stickers) - you've seen the 3D stickers, have you not? Those come included with your purchase of Dogwaffle. Or have you used the Stickaboo pumpkin stickers on your iPhone or iPad?

We can load some OBJ files (not all yet) and render them, to build a custom brush, a stamp, or other assets. Stay tuned for tutorials and more samples. In some cases, an OBJ file may contain facets that are alternating between clockwise and counter-clockwise ordering of the vertices. In such cases, you may be seing only every other facet, such as the front facing ones, while the back facing ones are dropped in rendering.This can easily be fixed in Lightwave and other 3D tools, if you encounter this issue. In the future, who knows, perhaps we'll even have an option to render the backfacing ones too. We'll see. For now:

Stay tuned for a tutorial on this soon.


Howler now features a brush stroke preview that changes as you change brush settings. You will see the preview for the brush stroke in the side bar. There are several places where a change to the brush can be made. You might pick a totally different brush from the media collection or right there in the sidebar. You might pick a brush from right-clicking the brush tool icon. You might use spacebar for the quicker picker, which offers colors and brushes. And you might use the brush settings panel to fine-tune some options such as dryout, random position or size, etc... You might alos have stored a brush, and change some of the parameters of the stored brush. The preview will give you an idea of the impact from the changes you made to the brush.

We made a few changes to improve the text tool. If you make titles, annotated illustrations, or otherwise have had a use for the text tool, this is for you.
There's now a + and - button to change font size quickly.

Ok, as mentioned, this is work in process, so be prepared for more to come.

Fixing a crash that could occur after using the text tool, while clicking while the text box is invisible.

This build improves the experience when selecting media from the dropdown menu next to the "Browse Media" button.

Here are two renderings with very high numbers for Anti-Aliasing (AA) passes in Puppy Ray GPU rendering: Yes, we did 320 and 1600 passes

We were just testing the point at which you couldn't see noise in the water plane anymore.  Seems to be around 400 AA passes, but I usually use max 120 or so.

The Brush Stamp Tool new! - Build 11 added the brush stamp tool. It can be found under the Brush menu. Your currently loaded brush image can thus be positioned neatly and previewed, transformed and adjusted before it is committed and stamped.

Rebuilding The Flood - Fill (Library) with more stack memory.  Tested in up to 4k.
Not sure if this affects (preferably benefits) magic wand selections, or just flood fill.
Let's test some more.


Hi to all our Howler users!

Today's build includes a slew of bug fixes and refinements. Here's a recap:

Build 26 - some Madness in Early March


In this one, we think all of the buttons on the foliage tab are now working, leaving the rules library and loading/saving to complete.


There may be more.

Build 30 - some more Madness in mid-March

Summary:
The update adds a new object- and blemish-removal system with automated colour matching for photographic images; support for Poisson blending in the Stamp tool; and OpenSimplex noise.

There are also new 2D animation features, including the option to set up simple animation paths with the line and circle tools, with a range of easing functions.

Natural media painter with a slant toward VFX, Howler 2019 is updated to build 30 with new Poisson blending tools.

The Howler 2019 build 30 is now available to registered users. This build includes tools that dramatically improve compositing with gradient domain Poisson blending. Also the animation capability is updated through animating with drawing tools such as line and circle paths, and easing in/out functions.